Everything I Learned in Life, I Got From Doctor Who

No kiddies, I'm not talking about the man in the moth-eaten trench coat, who wants you to go back to his house so he can give you sweets. I'm talking fun strangers, unusual strangers, people who you can learn from!
I have all sorts of issues, especially when it comes to being confident and speaking to people. But every so often, somebody just sort of turns up at an unexpected moment, and they captivate you with stories and adventures, and you realise that you aren't alone in this big old world. There are others that get you.
A few weeks ago, for instance, me and my cousin went out for a few drinks, and met a wonderful, well-spoken chap (who can be followed on Twitter here: @mister_meredith) who just so happened to share many of our interests. He had even met several (read: lots!) of major 'Doctor Who' personalities. He's also a top-rate caberet performer, and unafraid to speak his mind!
And there's Twitter. Out of my 1000-odd followers, I know about 5 people in 'the real world' (including my partner in geekiness, the incomparable @Sonic_Bionic). The rest are quite literally strangers, who sprang out of nowhere on this social networking site, and became friends extremely quickly. Fascinating people from all over the world, who have the same loves and hates, and who have seen things I can only dream of. They know who they are (many can be traced by visiting the list of websites on the left-hand side of the page), and they have given me a great deal of pleasure.

So, when a chap turns out of the blue telling you he once knew Sir Isaac Newton, don't run away in terror. Listen to him - you might just wander into a whole new world... 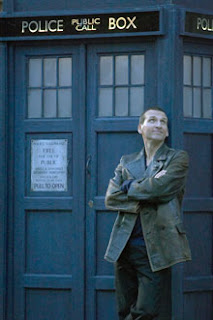 The Doctor likes a bit of coffee, oh yes. Patrick Troughton's Doctor was always after a cup, and Jon Pertwee wouldn't have managed all that tinkering in his lab without some pure, strong caffeine to keep him going!

But seriously though, tea is much more vital, much more important. Not just because it's beautiful, but also because it is responsible for the safety of our Universe. Fact. Was it coffee that brought the Tenth Doctor back to consciousness in 'The Christmas Invasion'? Did a spillage of Nescafe's finest bring him to his senses? Nope. It was tea. Tea from a flask, brewed by a single mother on a council estate in London. Without her brew, the Doctor would have remained in the land of nod while half the population jumped from the rooftops to their doom.

And it's the one thing that can cheer the good old Doctor up. In 'Genesis of the Daleks', he and Harry are captured by the Kaleds, and the Doctor asks for some tea. Denied, he mutters somberly to his companion: “No tea Harry...”. There is one unimpressed Time Lord, and from that moment on, the fate of the Kaleds is sealed.

So, there you have it. Tea. The saviour of the Universe, favourite drink of our favourite Time Lord, and an all round tasty brew. I can be safe in the knowledge that if the Doctor should whisk me away, I'll know that somewhere aboard the TARDIS, there's a kettle. Life without tea, for me, would be no life at all...

By way of a conclusion, I'll leave you with this gorgeous moment from 'The Awakening', which sums up the beauty of 'Doctor Who' and tea at the same time:

Will: What be tea?
The Doctor: Oh, a noxious infusion of Oriental leaves containing a high percentage of toxic acid.
Will: Sounds an evil brew, don't it?
The Doctor: True. Personally, I rather like it.
('Doctor Who' – The Awakening, Eric Pringle)

And for more information on tea, and it's unique relationship with 'Doctor Who', you can go here: http://tardis.wikia.com/wiki/Tea. 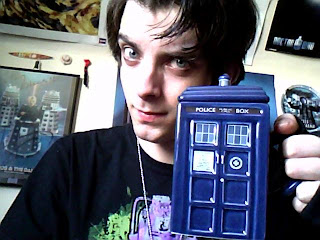 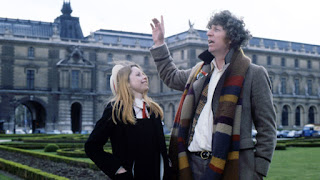 The Doctor has always maintained that he isn't “people”, that his personality and actions cannot be compared to those of others. “Do I even look like people?” he mutters in 'The Eleventh Hour' (2010), echoing similar sentiments from 1984's 'The Twin Dilemma'.


Although the Doctor is still on that voyage of self-discovery, learning his limits and what he can be capable of, he has always remained to true to himself. Aside from using disguises to hide from his enemies, the Doctor is never afraid to show off his own, unique persona to the world. Whether parading around in his multicolour dream-coat, or declaring the Mona Lisa to be among the best paintings in the Universe (in a room full of people, much to Romana's embarrassment), the Doctors' attitude is nearly always, “I don't care! Let them gawp, let them gape!”


That, I'd wager, is the best attitude to have. We should be proud of who we are, what we like, how we dress. I tried changing once, in a bid to try and fit in with a particular group (a group of people who bullied me, no less!). It didn't work out, and I returned to my journey of self-exploration, undeterred by the crowd. And today, I am still learning about myself. Developing, making mistakes and learning from them. But I'm still me. I'm quite happy to be who I am, as I'm sure you are too. It may mean that I'm often the odd one out, the weirdo, the freak. But that just means that those people who do like those qualities in me are much more valuable to myself, than those who would rather me change to suit them.


I am who I am. And I have the Doctor to thank for it. 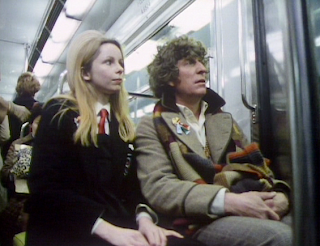 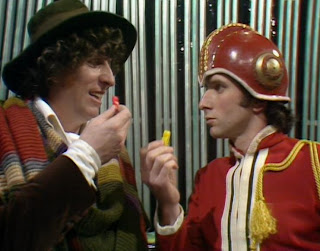 Ok, I have a confession. I never used to like jelly babies. Many moons ago, back at Primary School, I'd lap up the Haribo's and the pick'n'mix chews like....well, like a hungry 8-year old boy! But when the box of jelly babies was passed around, I'd baulk and pass it on. They were too sweet and sickly for me, back then. After all, I was sweet enough (Stop laughing at the back)!

But I know that my tastes changed dramatically once I entered the bright blue doors of the TARDIS, into the crazy world of 'Doctor Who'. Watching Tom Baker munching on jelly babies, offering them to new friends, using them as weapons, automatically gave me a taste for them. Just like that, as Tommy Cooper might say. Probably.

As you seasoned Whovians will know, jelly babies were first utilised by Patrick Troughton's second incarnation of the Doctor, but it was number 4, Tom Baker, who made those edible children his own. He didn't just eat them, he used them to make friends. To show people he was on their side. To make peace with people. What a brilliant idea! And what a wonderful way to introduce yourself to someone! Hand shakes are boring and stiff. But jelly babies? They're colourful, they're tasty, and they're barmy! The perfect ice breaker.

I nearly always carry jelly babies around with me wherever I go. Bumping into charity workers in the street, meeting friends of friends, going to work or my radio station...Jelly babies always raise the mood! I even gave Frazer Hines and Colin Spaull a bag of them, after meeting the delightful chaps at a signing in a local Doctor Who shop.
So, if you're in an awkward situation with new people, and need a quick way to endear yourself to someone, rely on the tensile strength of jelly babies! It always works for me!

PS I have written a poem about jelly babies. I'll have to share it with you sometime... 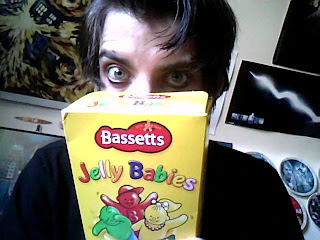 Evermore Evil
Horror movies, Doctor Who, Tea, and Metal. What more do you want? 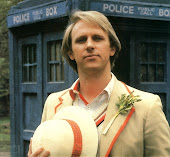 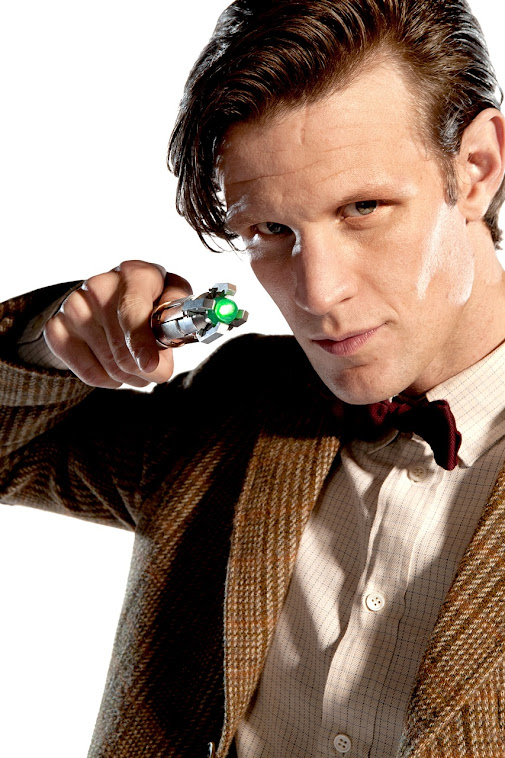